WE ARE HONORED TO PROVIDE THE HIGHEST QUALITY OF CARE FOR MATTHEWS NC PATIENTS SINCE OPENING IN 1990. CALL US TODAY FOR EXPERT CHIROPRACTIC CARE: 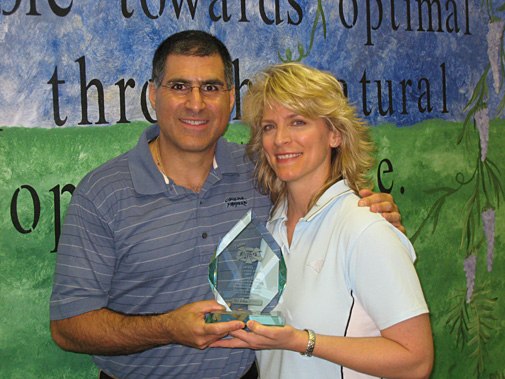 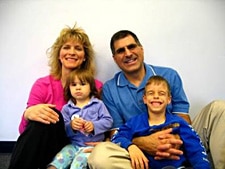 “Dr. John,” as he is popularly called, received his Bachelor of Science degree from California University of Pennsylvania and graduated from Palmer College of Chiropractic in Davenport, Iowa.  He has managed approximately 10,000 cases since 1990 and has personally delivered thousands of adjustments to children, making him one of the most experienced pediatric chiropractors in the nation.  Dr. John regularly attends continuing education seminars on current advancements in Chiropractic Biophysics and pediatrics.  He has studied extensively in chiropractic pediatrics, all phases of nutrition and physical exercise/rehabilitation.

Since 1990, dozens of students have observed both Dr. John and Dr. Mechelle.  These young doctors have interned, preceptored or associated under Dr. John making him one of the most sought-after mentors and teachers in the Southeast.  The doctors he has trained now practice from Texas to Virginia.

Dr. John has spoken on a wide range of topics at small country churches to Fortune 500 companies.  His programs are both inspirational and life changing, which is why Dr. John is such a local celebrity.  He has been featured on Charlotte’s local NBC-TV affiliate, is a regular guest on Phenomenal Health and has been interviewed on local health and wellness shows.

Having been a full scholarship athlete throughout college, Dr. Mechelle is aware of how chiropractic benefits performance.  She never lost a race during her high school career and set state, high school and college records.

Since 1992, Dr. Mechelle has helped thousands of families with a variety of disorders and applies her academic and clinical expertise with the latest technological advancements to achieve optimal spinal correction, and then maintaining the correction to keep the body functioning at its greatest potential.

Dr. Hanna has helped many people out of pain and on to a lifetime of vibrant wellness.

Since 1992, Dr. Mechelle has helped thousands of families with a variety of disorders...

We strive to provide complete care for our patients. Learn about all of the services we can provide.

We will do our best to accommodate your busy schedule. Schedule an appointment today!

Our patient forms are available online so they can be completed in the convenience of your own home or office.